Sport is a powerful dose of positive energy and great well-being. Sport teaches competition in a fair play spirit and develops teamwork. Thanks to physical activity, employees shape motivation and perseverance, as well as the ability to pursue a goal and overcome their weaknesses. The Euro Holding team combines the pursuit of success on all levels, which is why we undertake a number of activities to promote professional and amateur sport. The Euro Holding Group is pleased to support the sports interests of its employees, and is also involved in the organization and sponsorship of sports ventures. First of all, we try to promote sport, healthy lifestyle and active forms of recreation. Among our employees we will find enthusiasts of cycling, running, extreme effort, fitness, football, and many other disciplines. We offer our employees co-financing for sports cards. Employees have the option of buying a sports card for themselves and accompanying persons. The card provides free access to the best sports facilities throughout Poland. We offer two types of cards so that everyone can match the card to their needs. For employees who engage in active sports and for those who are just planning to start exercising, the Euro Holding Group also provides full financing for a medical package containing elements of sports medicine. 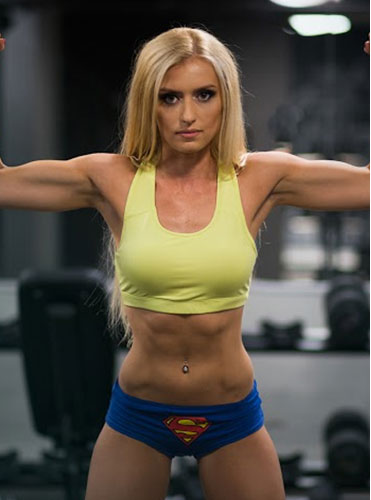 “Silhouette sports have become for me not only a passion, but also a lifestyle. I eat 5 balanced meals a day, which have the right amount of macronutrients for me. I train strength 5 times a week. Workouts are divided so that each muscle group is proportionate. Additionally, he performs aerobic training 6 times a week. Training and diet alone are not enough. You also need to be able to present yourself properly on stage, which is why my training is also about posing. Thanks to my passion I found my way to spend my free time, relax and break away from everyday worries. I met new people, I have new friends. I have. I feel better because of physical activity, I have more energy, I look better “ 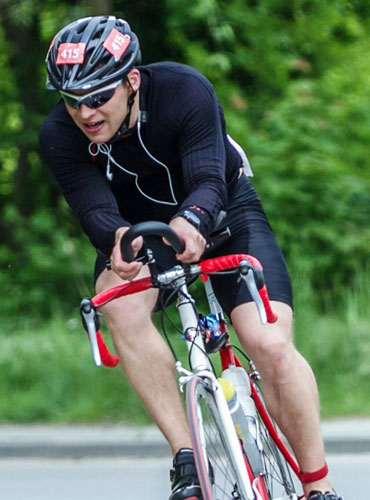 He is an employee of Euro Holding since 2013 as a Leasing Specialist at Sky Estate. He is a graduate of the Cardinal Stefan Wyszyński University, the Faculty of Law and Administration. His hometown is Warsaw. Jacek is a very positive, open and friendly person and a smile and a sense of humor are his characteristic features. He uses countless amounts of energy in his everyday life realizing his sport passions: climbing, mountaineering, road cycling and triathlon. Whenever he is allowed to work, he breaks into his favorite Tatra Mountains, which became his second home. Nor will it despise the lower Świętokrzyskie Mountains, where it can cut gorges by bicycle, or Jura Krakowsko-Częstochowska with its limestone rocks. Jacek began his adventure with sport in his early youth, being a member of the STEGNY Skating Sports Club. He has had incredible successes in this field – he won the Polish championship in his age category. Currently preparing to enter the highest peak of Europe – Mont Blanc than the more difficult so-called “Italian road”. His life motto is “the clock is ticking”. Jacek’s biggest dream is to get the crown of the earth, the highest peaks of all continents on the globe.

Robert – employee of the Euro Holding Group since 2008, holds the position of Management Board Proxy for Lease and Debt Collection at Sky Estate.
Robert is a lawyer and paramedic by profession. Every day a bit mysterious, accurate and meticulous. Robert is a man with an extremely interesting personality and extraordinary interests, constantly developing his professional potential. He has extensive experience in coaching, is a trainer and lecturer. There is also an episode of work in uniformed services in his biography. Few people know that Robert is also the author of a book on the subject of his professional work. In his free time, Robert swings in the clouds as a paraglider pilot. As he says – it is best to focus his thoughts high above the ground. He is fascinated by travels to unusual and emotional places, such as Chernobyl. He is always happy to come back with travels to the east – Russia, Ukraine, Romania – he feels at home there, and at the same time something can surprise you every day. He can also be found on mountain trails, and climbing is his great passion. 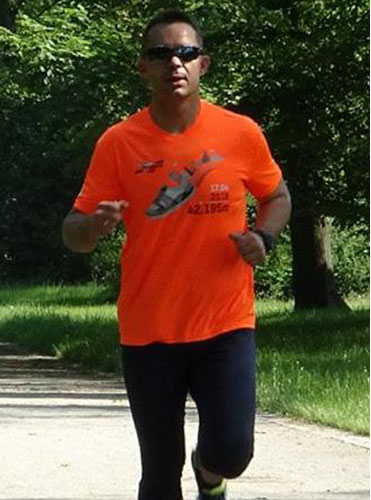 Jacek in the Euro Holding group has been a Senior IT Specialist since 2015. He was always accompanied by an active lifestyle. In his childhood he belonged to a cycling team, he was also accompanied by other sporting activities, such as a gym.

This webiste use cookies to ensure thet we give you the best experience on our website. If you continue to use this site we will assume that you are happy with it