“No hour of life is wasted that is spent in the saddle.” – Winston Churchill
KSEH club encourages young people to spend much more hours in the saddle, because horse riding is an elegant sport in which so much depends on agreement and friendship with the animal. Our club supports young talents, organizes equestrian competitions, enables continuous development and improvement of hippic skills. We hope that thanks to our website you will learn more about horse riding and become a lover of this sport. Apparently one horseshoe brings good luck, think how much happiness you will get when riding a horse.

Chojnów Stable is an equestrian center and boarding house for horses located on the edge of the Chojnów Landscape Park near Warsaw. 20 hectares of meadows, magnificent forests and green areas, as well as the unique wooden structure of the whole center make the Stables a special place. Every horse lover, rider or amateur will find the best conditions for their mount here. The owner of the stable is Karol Kępa .. 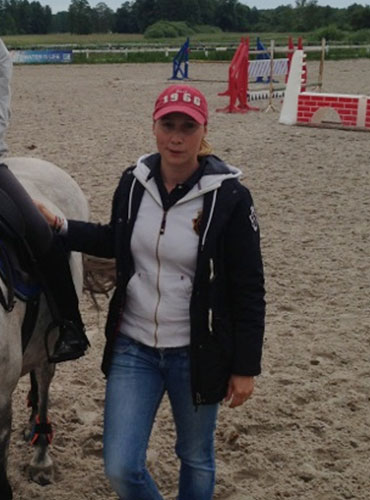 Agata Bruż has been riding horses since 1990. In her career, she competed in hip-hop dressage competitions (dressage or French) and jumping. 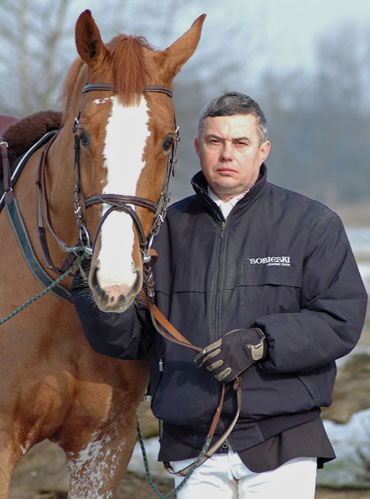 Grzegorz Kubiak – Polish rider, Olympian from Athens. In his rich career he has achieved many successes both at home and abroad. He won, among others competition of the power of the jump during the international equestrian competition in Berlin (on a horse Djane de Fontenis overcame a height of 208 cm). During the Athens Olympic Games (2004) he finished 44th in the show jumping competition. 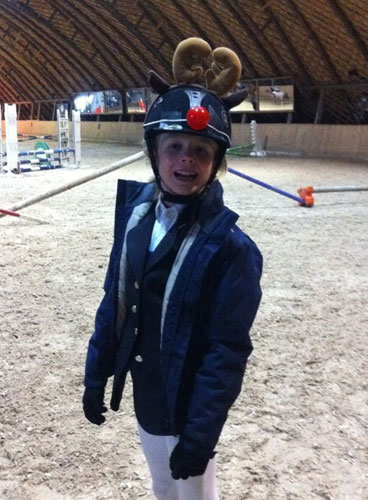 Juliana – she began her adventure with horse riding at the age of 9. In 2015 and 2016, the athlete started to take part in international competitions. She achieved her first big success at competitions in Austria in 2016, where she won the first Grand Prix and was called to the National Team in the Children category. In the same year she took part in the European Championships in Ireland and qualified for the finals achieving the best result among the competitors starting from Poland. In 2017, Juliana won the gold medal at the Polish Championships and won many national and international competitions. In the same year she won the bronze medal at the European Championships in Samorin. In 2018, she started in the Junior category (14-18 years old), starting the season with wins in the Polish Indoor Cup in Leszno and Sopot. Good starts in subsequent national (Poznań, Sopot) and international (Linz, Fontainebleau) competitions resulted in being called to the National Junior Team. These successes enabled her to start at this year’s European Championships in France.

This webiste use cookies to ensure thet we give you the best experience on our website. If you continue to use this site we will assume that you are happy with it